We are a family of four (+ Taniwha) – Phil, Margaret, Eleanor and Genevieve.

Phil has spent the last 15 years working in the IT Industry, based in London but spending a lot of time in South Africa, India, Egypt and Germany in particular. 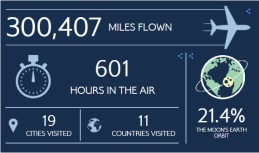 This image is from British Airways, 2009-present (unfortunately just one of many airlines I haunt).  Its time for a change.  Minimise the plane, maximise the Land Rover.  Travel slowly and mindfully, savour the local beer, try not to break down too often.  Take some great photos.  Avoid being eaten.  I need a pith helmet.

Margaret is something of a swiss army knife – Chemical Process Engineering, Project Management, Childminding, Administration, marathon running.  On our return to NZ she is considering retraining as a teacher (however a year of trying to nurture small, resistant minds in the back of the Land Rover may change this plan).

Margaret is somewhat obsessed with running, and is busily researching runs in Africa that won’t require “significant” (for her) training…

Eleanor is seven (and a bit – it’s important), and hoping to find some new teeth in Africa.  She has her own blog category, and as part of her ongoing education she will be writing an online diary chronicling her experiences in Africa, and showcasing her impressionist artwork.

Genevieve is four (and a half), and hopefully will be practicing the art of silence in the back seat.  Expect a few dictated ramblings, and cave paintings.

Responsibilities:  Genevieve doesn’t understand what “Responsible” means, and even if she did, would pretend she didn’t.  Locals and small dogs, look out.