So…  a week ago, the head gasket blew on the Taniwha.  Somewhat inconvenient, however at least it didn’t go in a “bad” way (i.e. water in the oil) – we were “exhaust in the coolant”, which is a much better outcome.  In all honesty, getting the head gasket replaced (and possibly the engine rebuilt) was on our pre-trip do list, so it wasn’t the end of the world – Half Term activities for the kids were handled by the other car.  I rang my (already researched) engine rebuilder of choice (Southern Engines), to find they were delivering a vehicle back to Wokingham, so could collect pretty much immediately.  The lads collected the Taniwha, and took it back to their base in Greenwich for some open heart surgery. 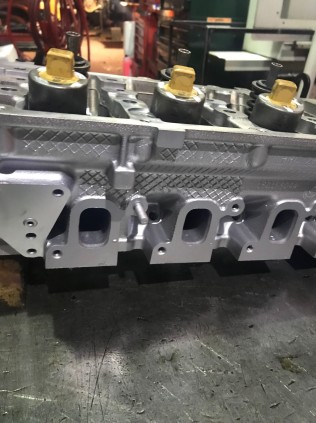 If anyone in London is looking for an engine rebuilder, I can thoroughly recommend these guys.  She purrs like a kitten, after having all this done to her.  The engine characteristics are also quite different – loads more power, MUCH quieter, far smoother idle.  Fuel consumption is a TBC.

We also had them swap out the slightly ropey original radiator for an uprated alloy one – 30% increase in cooling capacity, which will come in useful in the desert!  I can confirm that it works as advertised – pre-works, the block temperature after a long run was around 74 degrees, now its under 60 – in reality, too much cooling for the UK, might need to do some tactical airflow blocking until it gets warmer, as the heaters are struggling.

We also had them replace the aircon condenser which had seen better days – essential for Africa.

While access was easy (it is located in a bugger of a spot) the oil cooler was changed out for a new one (this is a well known killer of TD5 engines, so peace of mind to have it done), and the MAF sensor (Mass Air Flow – a dodgy one means unpredictable fuel/air ratios). 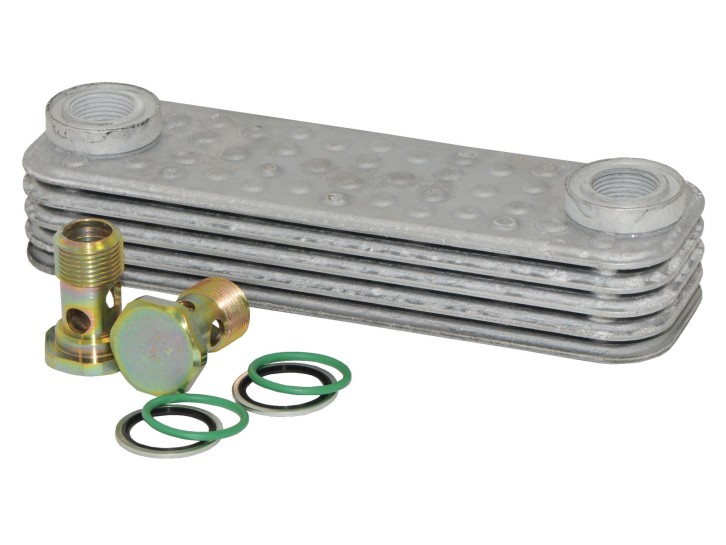 Next jobs – fit the new Safari Snorkel and install an oil separator to keep oil vapour out of my nice clean intercooler – this will require fabrication of a bracket to hold the unit in place, as the engine bay is getting extremely full…