After the living museum we went to a massive Baobab tree. It was lying on its side and had smaller trees growing out the top. We climbed on top of it! 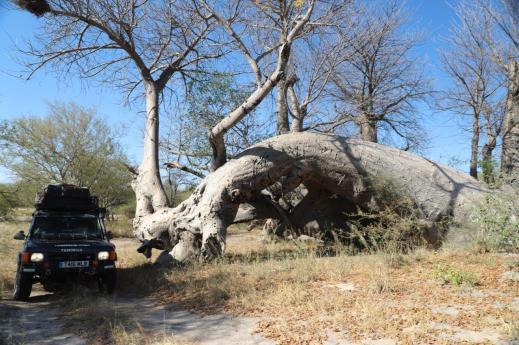 Then we went to the Khaudum National Park. The first night we stayed at an old campsite called Sikereti. We had a massive fire and toasted marshmellows. (But we haven’t found any chocolate digestives in Namibia) There was also a hornbill that came really close. Daddy gave him a bit of carrot. 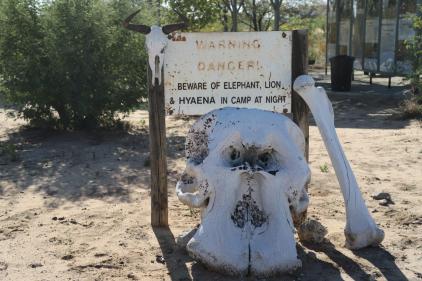 In the night Mummy heard some elephants. In the morning we could see where they had pulled branches off a tree near our tent. First we drove to a waterhole. On the way there we saw 4 elephants. There were some antelope at the water hole too. We kept driving north, but the road got sandier and sandier. Daddy was not happy because the sand was really deep and then the exhaust fell off, (twice) so Daddy had to crawl under the car. Driving on sand is really slow. Mummy had to dig us out twice. But we did see a giraffe and we also saw a herd of about 30 elephants crossing the road in front of us! At the end there was a tiny baby elephant! 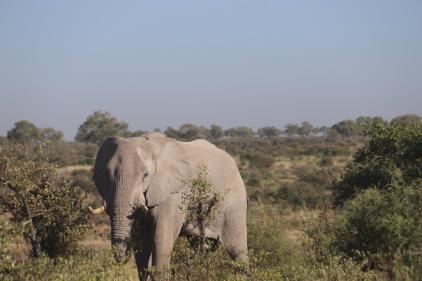 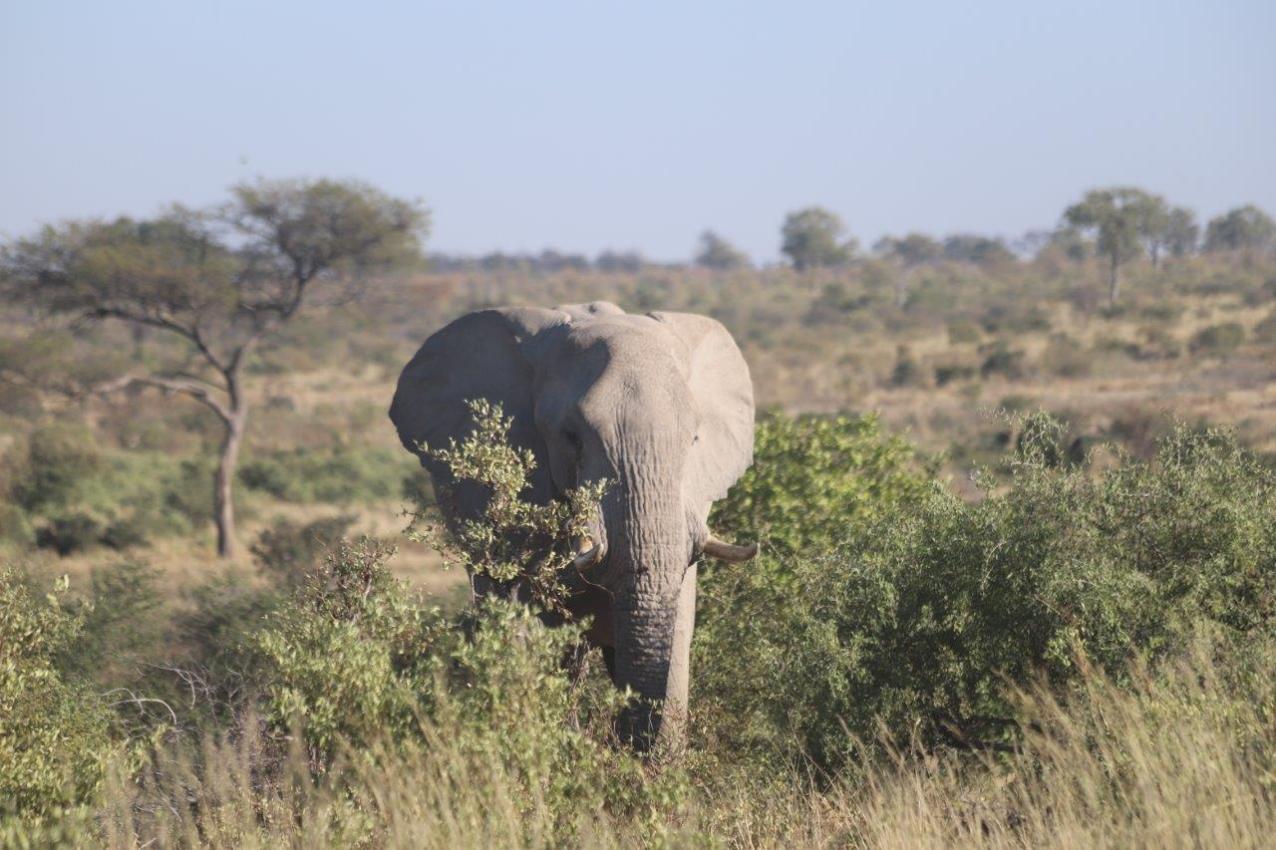 Daddy wanted to get out of the park so we camped just outside. We had a big fire. There was an animal lair right next to us. But we didn’t see anything go in it.

Then we had to drive to the main road. It was 40km of deep sand and took all morning. Now we are at a nice campsite on the Okavango River. There are 2 crocodiles opposite us in the river. There are lots of guinea fowl running around and one peacock. At night all the guinea fowl flew up into a tree. They looked funny. Daddy tried to catch a tiger fish. He said he had 4 touches but didn’t catch one.