After the Cheetah Conservation Fund, we went to a campsite called the Otavi Vineyard Restcamp. Mummy and Daddy had a bottle of their red wine to celebrate Mummy’s birthday. I made Mummy a grey wool bracelet.

Then we went to the Hoba Meteorite. It is the biggest meteorite in the world! It is massive, I estimated it as 2m by 2m by 1m. It is made of iron, and weighs about 60 tonnes. It didn’t leave a crater, so scientists think that it skipped across the earth’s atmosphere like a stone. You can see it is shiny where scientists have taken bits to study. 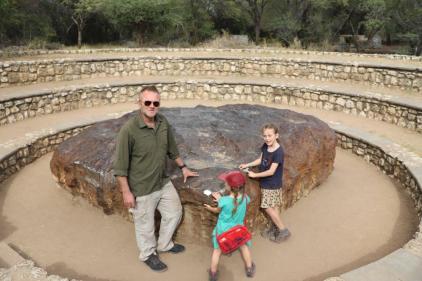 Then we went to a campsite called Roy’s. It had a cold swimming pool, but the best thing was the jungle gym!! 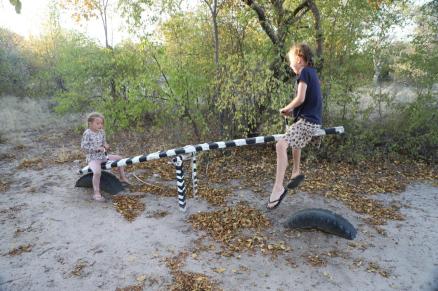