It has been a while since I wrote a blog. After Etosha we did a long drive back to Swakopmund. We went there so we could do park run. On the way we stopped at a cool shop called Tikoloshe. The shop had heaps of wooden statues. There were lots of animals, my favourite was a huge crocodile, bigger than me!

In Swakopmund we did parkrun. I walked with Daddy and saw a flamingo flying past! Mummy and Genevieve ran ahead. It was good.

Then we drove over a very steep hill to go back to Windhoek. On the way Mummy was crocheting a toy giraffe, and then we saw giraffes! Later she was making a monkey and we sawy baboons! Now I want her to make a leopard or a rhino! 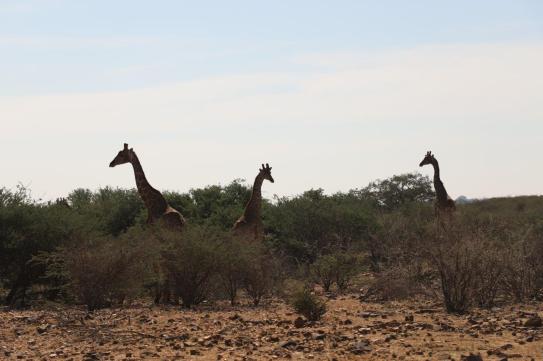 We went back to Urban Camp in Windhoek. We did that because Daddy needed car parts. The best thing we did in Windhoek is that Mummy took us to a second hand book shop. They had lots of fairy books and I chose ‘The Wishing Chair’.

Then we got up really really early and drove all the way from Windhoek back to our campsite at the Okovango River. All of the river camps were full though. We stayed there the next day and Daddy made the best chocolate cake. It even had icing. He tried tiger fishing, but didn’t catch any thing. 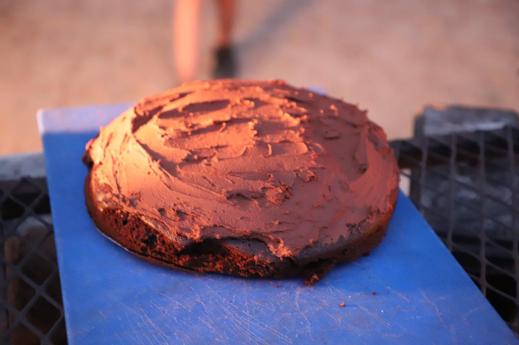 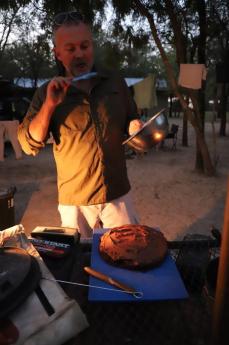 After that we drove along the strip but didn’t see any animals at all. We were heading to Zambia!