We spent our last night in Namibia at a campsite outside a Protea Hotel. It was on the bank of the Zambezi river. The river is very big. We were hoping to see hippos and crocodiles. We didn’t see any hippos, but we did see a crocodile floating down the river in the morning. Mummy thought it was a wooden log because it was so still and straight, but in the pirate telescope it was definitely a a crocodile! 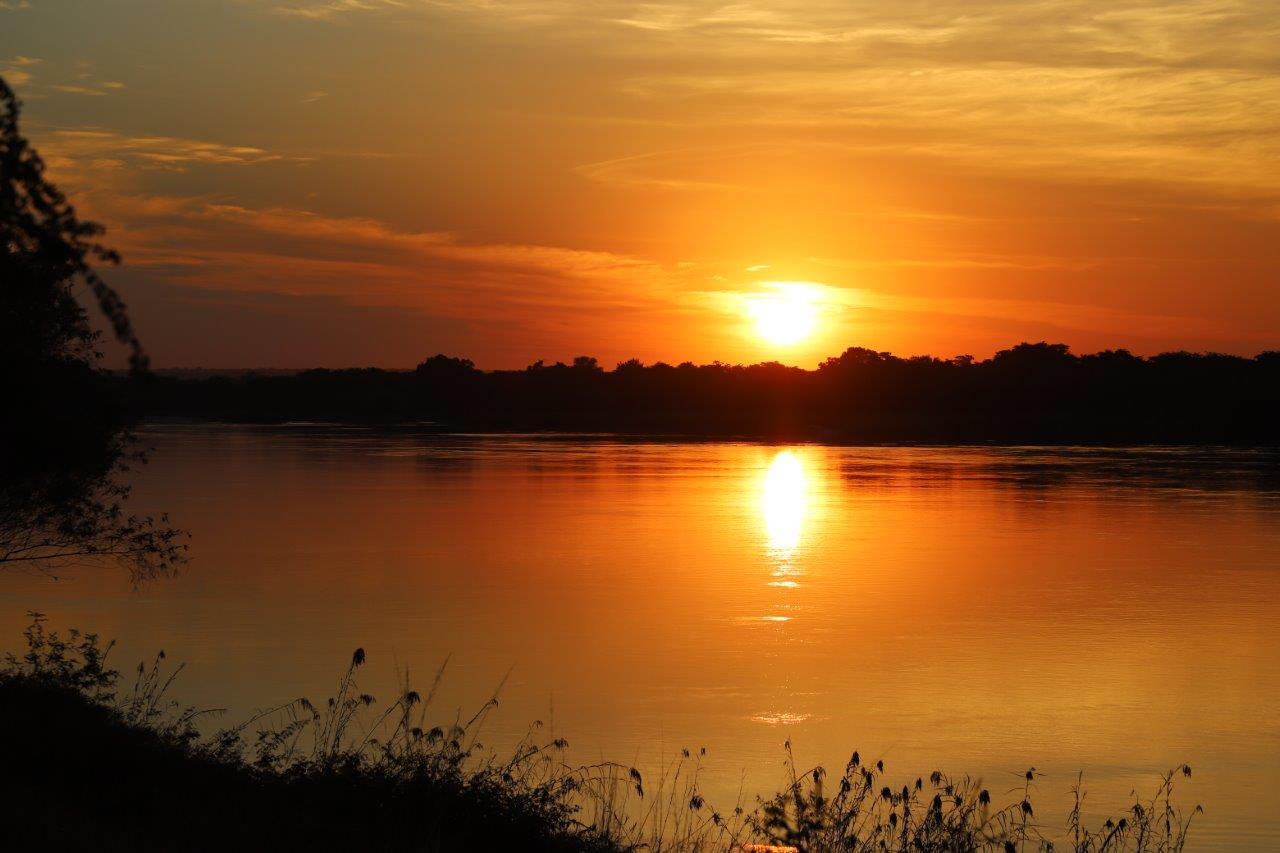 It took about 2 hours to get through the border. First we had to leave Namibia, then we drove into Zambia. It was crazy. There was nowhere to park and lots of people yelling. In the office there were lots of booths that Daddy needed to visit to get different papers. It was a bit boring.

Finally we were done and we were in Zambia! So we have a new flag on the car. 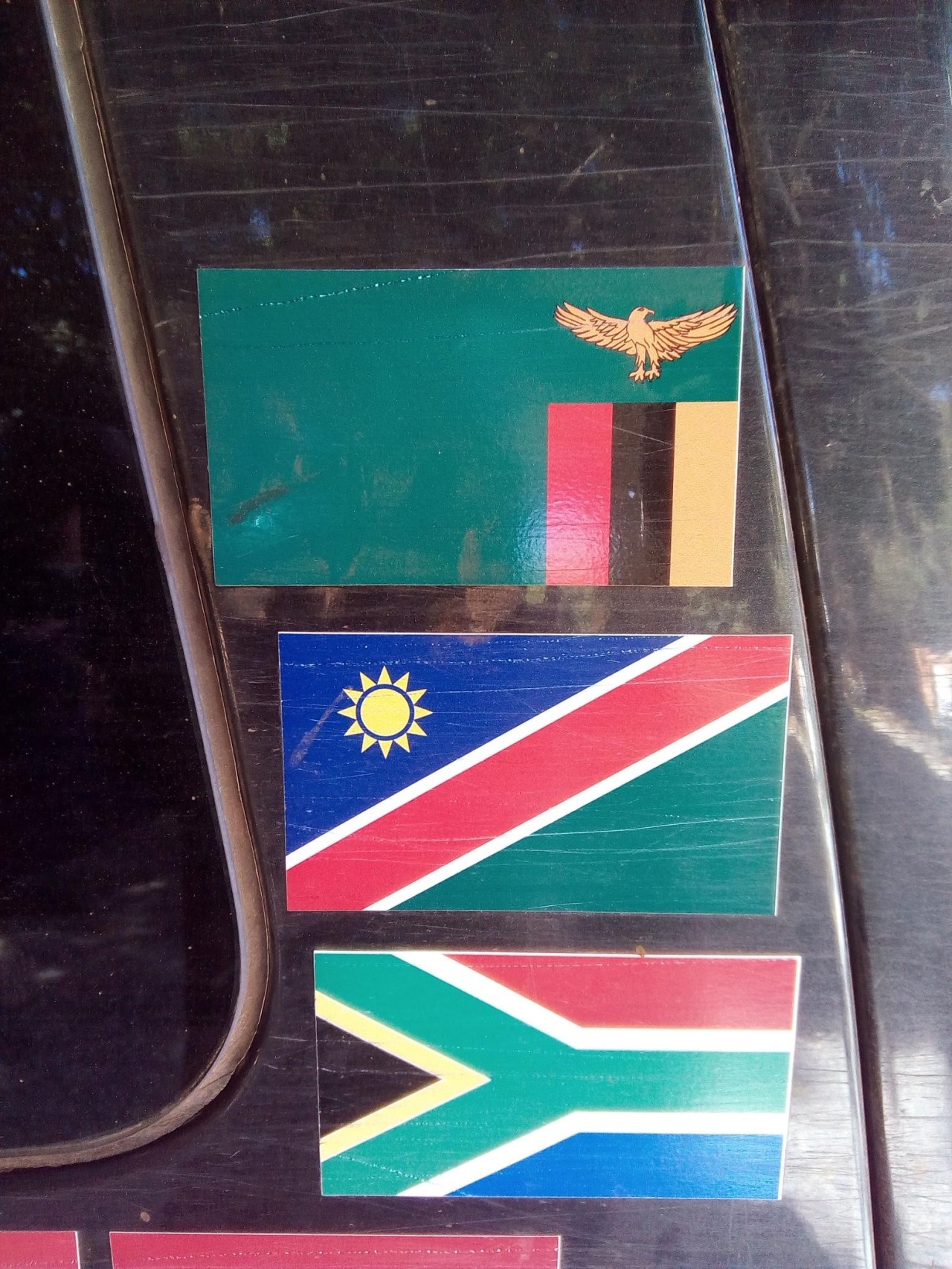 Then we drove to Ngonye Falls. We stayed at a community campsite. The guy lit a fire and heated water for us. Then he poured the water into a bucket with a shower nozzle on it. Mummy made us wash our feet as we were very dirty. We walked to the river but didn’t see any animals. We saw lots of prints though. There were lots of dolerite rocks and you could see where they had melted! The sand was really white. 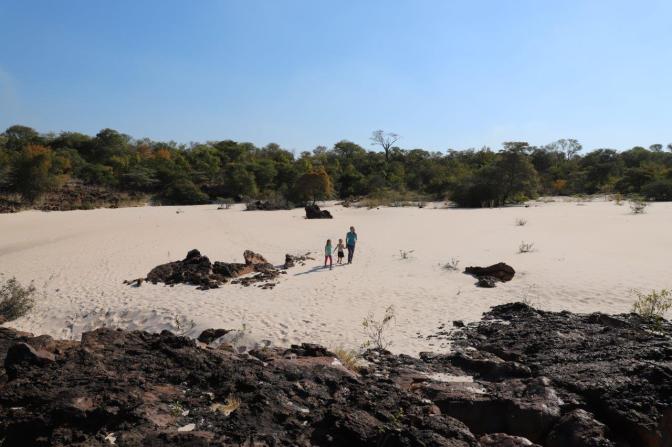 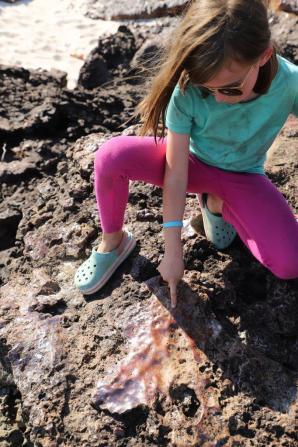 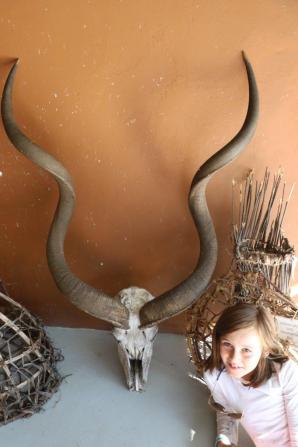 We walked to the falls in the morning. The guy showed us where to go and we were glad he came or we would have got lost. We had to climb over lots of rocks.  At one bit you could hear water running underneath them. There were lots of waterfalls in the river. It was very pretty. He told us the river is very low because the rain had failed and all the farmers crops had died. 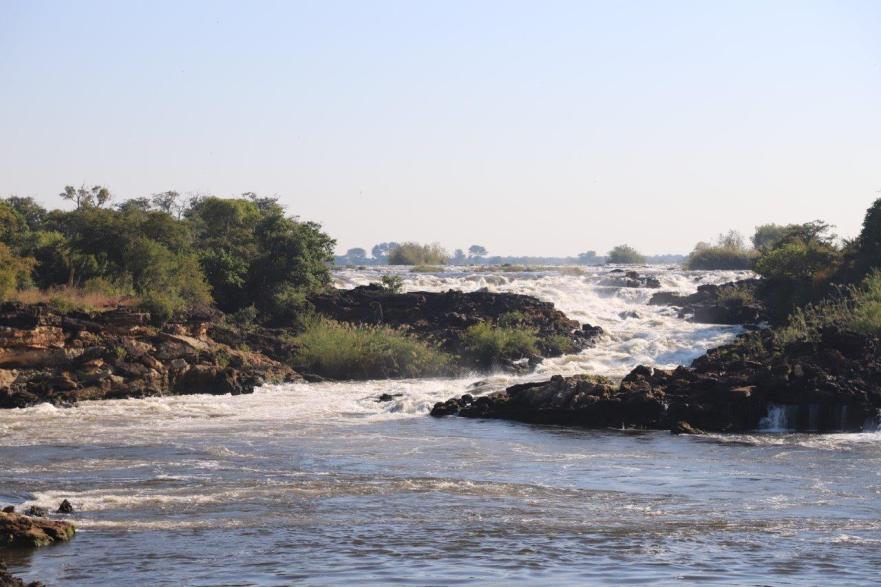 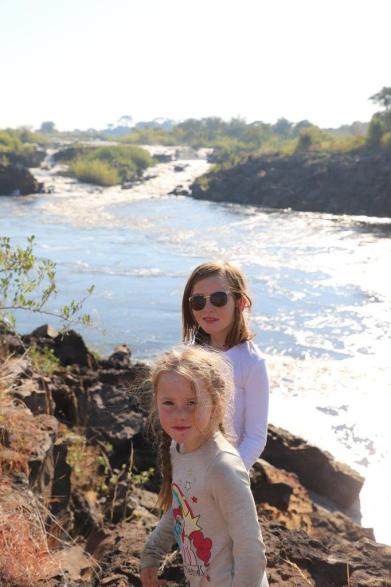 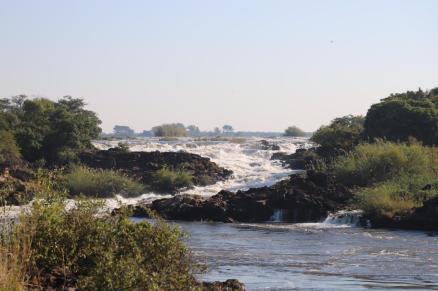 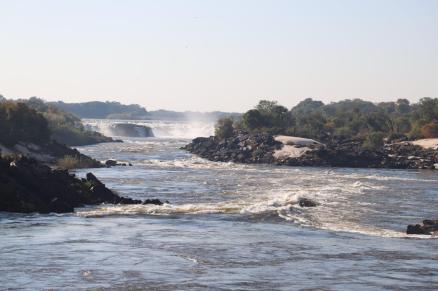 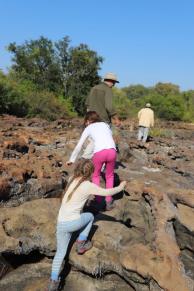 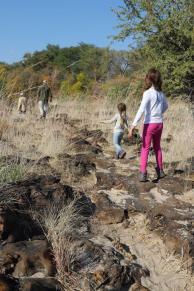 Then we kept driving north.