Yesterday we went to Chinfunshi Chimpanzee Orphanage. There are 132 chimpanzees there, and they have been rescued from all over the world, even New Zealand. We met the lady, Sheila, who started the orphanage 35 years ago. She is 89 years old, and she overlanded from the UK to Zambia, with her parents just after World War 2. It is the biggest chimpanzee orphanage in the world. A lot of the chimps are naughty and some of them throw stones. But many of the chimps weren’t treated very nicely before. We were told that in the bush, some people catch monkeys to eat them, and that monkey meat is cheaper than beef. I would not want to eat monkey. 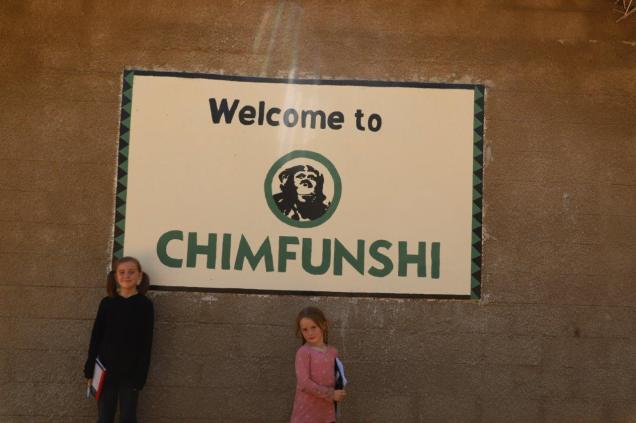 The chimps were very noisy. They were screaming and making grunting noises. In the wild, chimps hunt and eat meat, but at Chinfunshi they only get fruit and vegetables. They eat 7kg every day. They love bananas and when we were there one chimp kept clapping and pointing at the lemons. So Sylvia, (Sheila’s daughter) knocked some lemons off the tree with a stick and threw them for the chimpanzees. One chimp went and collected the lemons for himself and even stole them off other chimps. Chimps can live for about 60 years.

When we went back to the car, there was a peacock standing on the bonnet. Daddy was not happy because the peacock did a big poo on the windscreen.

Then we drove to the big chimp enclosures. We met a lady called Manon from the University of St. Andrew in Scotland. She was an evolutionary biologist. She goes to Chinfunshi for three months every year. She is doing some research. The chimps know how to use water fountains and she has put a special fountain in their enclosure. This fountain gives juice. But the chimps can’t reach the juice when they press the button, they have to press the button for another chimp to get it. She was looking to see if they would help each other. 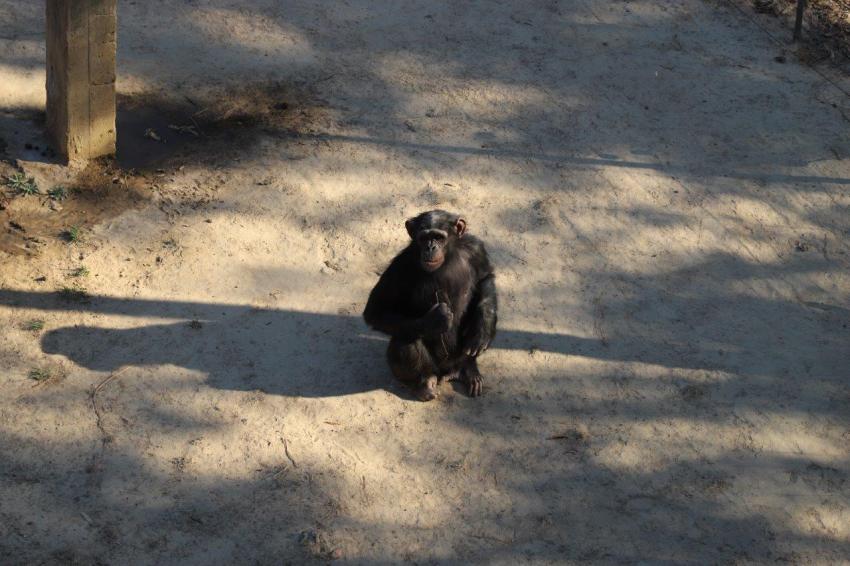 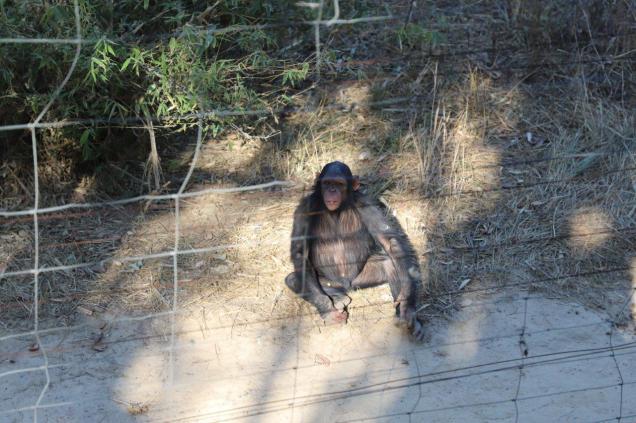 We met four chimps that they called the escape artists. These chimps escaped by using trees and leaning them up against the fence and climbing up like a ladder. When they escaped they broke into the food storage and ate it all. One of the chimps was called Mila. She was brought to the orphanage by Jane Goodall. Jane Goodall is in our Rebel Girl book. Mila was kept in a pub and people gave her beer and cigarettes. When we were watching, she clapped her hands to get attention, then held out her cup and pointed to the water fountain. The man filled her cup up.

On the way to our campsite Daddy saw a snake on the road! It was short and fat and we thought it might be a puff adder! At our campsite there was a little playground and the men made us a big fire! I helped Daddy make stirfry for dinner. It was yummy! 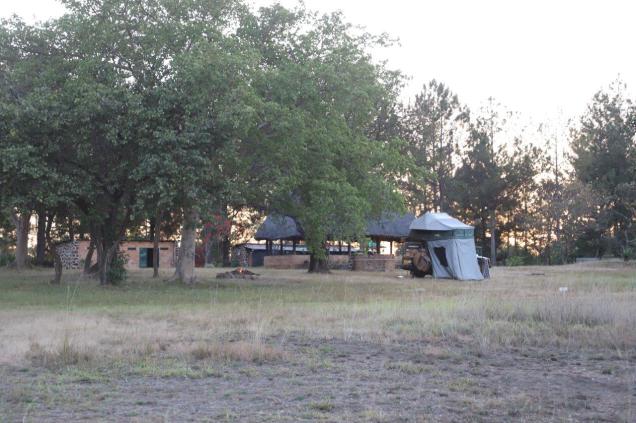