Going to the source of the Zambezi

After Lusaka we went north. The first night we stayed at a game reserve that had lions. We didn’t see the lions but we heard them roar. They were very loud, (and very early in the morning!) It had a nice playground too.

Then we drove on some really bad roads, they had lots of pot holes. Some were as big as the Taniwha! We also took 2 pontoons. That was fun. (ed. The photos don’t really do justice to the size of the pot holes!) 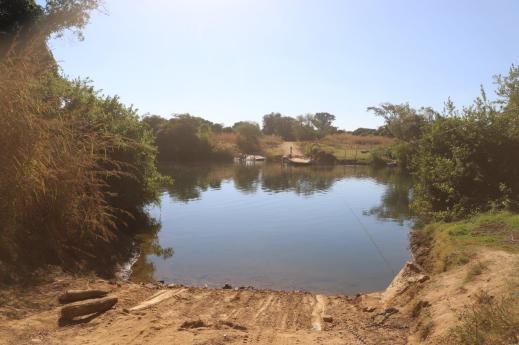 One night we stayed at the Kanzenzi Wildlife Camp. Seconds after we arrived, about ten children came to use the well. Mummy got the ball out and we did some catches. Then Mummy threw the ball at one of the children, and she joined in. Soon all the children were playing. Genevieve didn’t want to play with the ball, so Mummy laid the tarpaulin out and got out some colouring books. The children wanted to do that too. At the end they all took their pictures away with them. It was fun to play with the children. 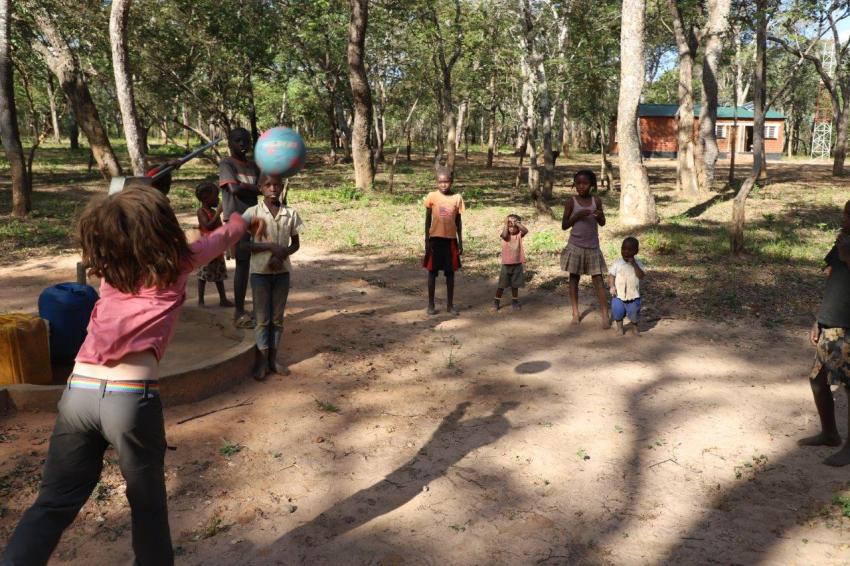 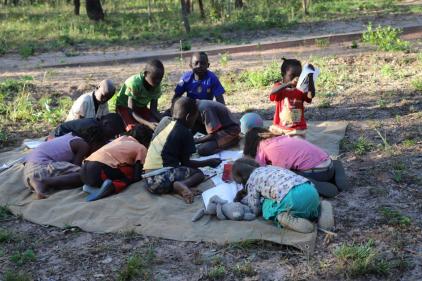 The next day we had to use the well to fill our water tank. It was hard to pump the water.

Then we went to the source of the Zambezi. It is right on the border with the Democratic Republic of Congo. The Zambezi River is 2,574km long. It runs through Zambia, Angola, Namibia, Zimbabwe and goes into the Indian Ocean in Mozambique. We had to walk on some wooden paths to get to the source, but there was nothing there, except lots of mosquitoes! 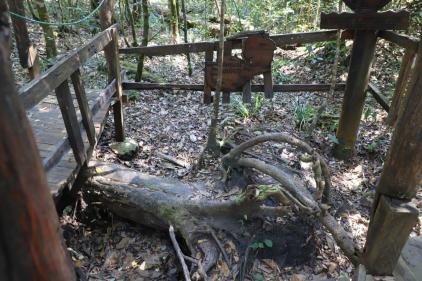 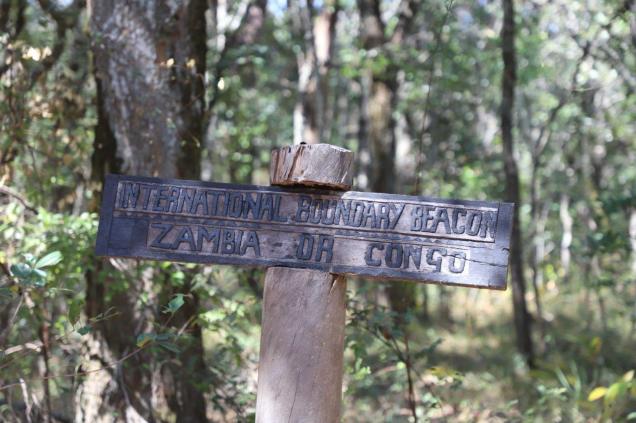 That night we stayed by a river, and lots of people came to stare at us. When we had dinner, there were about 25 people watching us. Not many people spoke English. I didn’t like being watched. Some people called us Mzungu, which means white person. 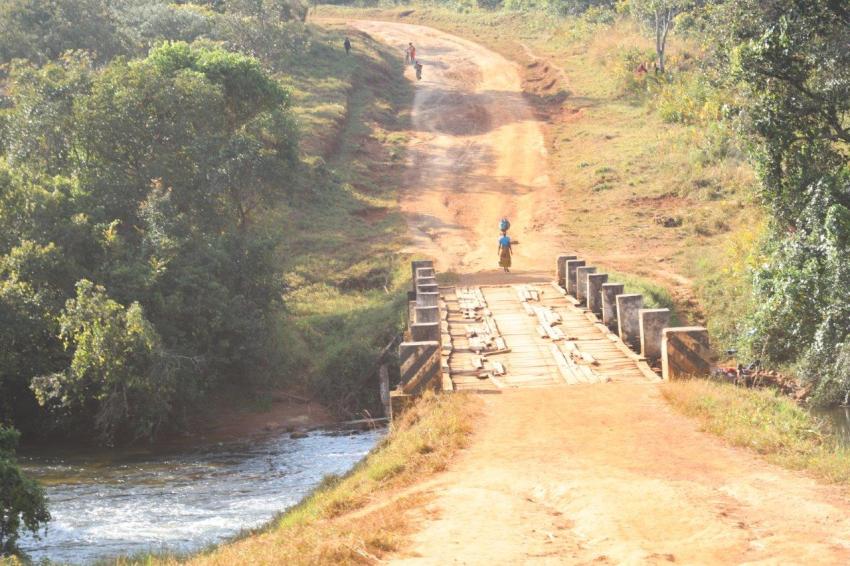 Then we drove to the Mutanda Falls. It wasn’t really a waterfall, but some rapids in the river. It was pretty with lots of trees. We stayed two nights.

The next morning we walked to the primary school. We saw impala on the way, and we had to walk next to a busy road. There were lots of big trucks and we crossed a river with no hand rail!

The school has 550 children. There are only 2 classrooms. There are so many children, some go to school in the morning and some go in the afternoon. Children start school at age seven. The class room is very different to my old school. There is one big blackboard at the front, and there are lots of desks. The walls are plain cream and there are no books.  The government tells them to teach computing, but has only given them one computer! We think the teachers here have a very hard job.

Daddy drew a big map of the world on the blackboard, and we talked about where we had been and where we were going. Some of the children asked us questions.

(ed. We are considering what we can do to help this school. All ideas much appreciated!) 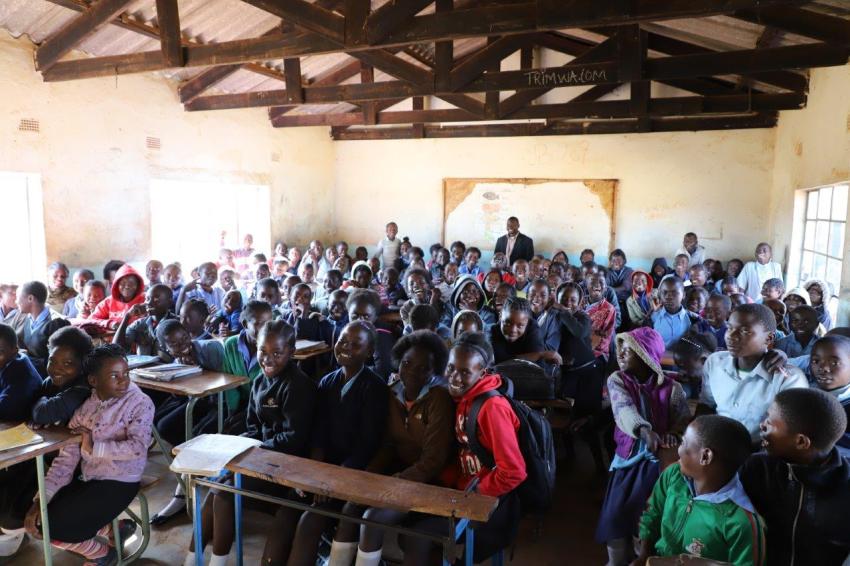 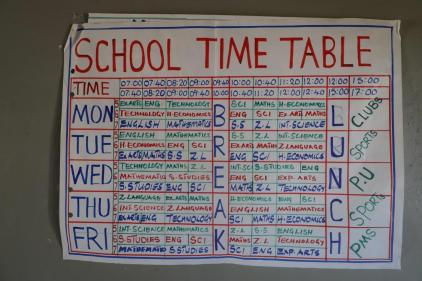