After the crater we went to the Serengeti National Park. We had a big queue to get in, because there were lots of safari groups. It was also very expensive. 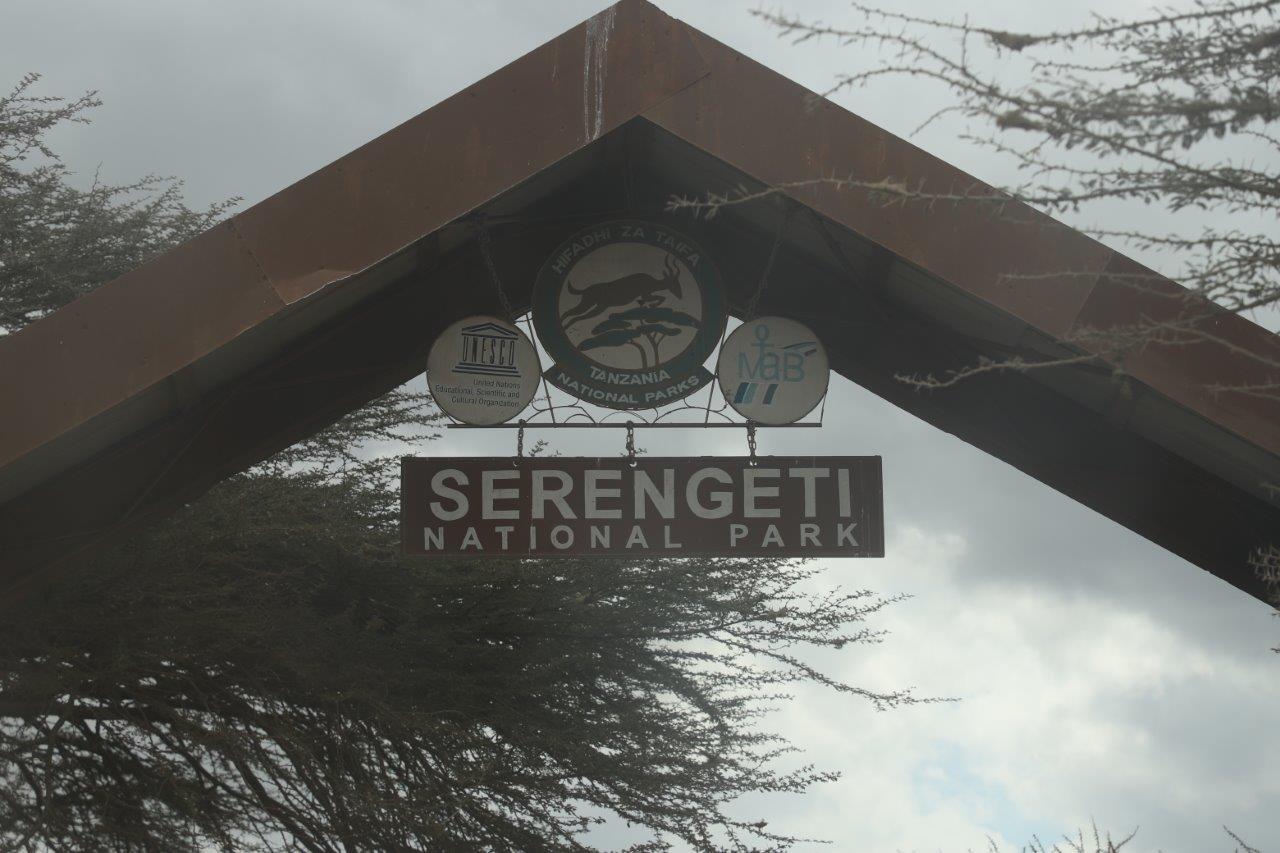 On the way to our camp we saw lots of spotted hyenas. Our camp had lots of little tents for some safari groups. We were the only roof tent. There were some kiwis there too, Daddy gave them a light to help them put up their tent. 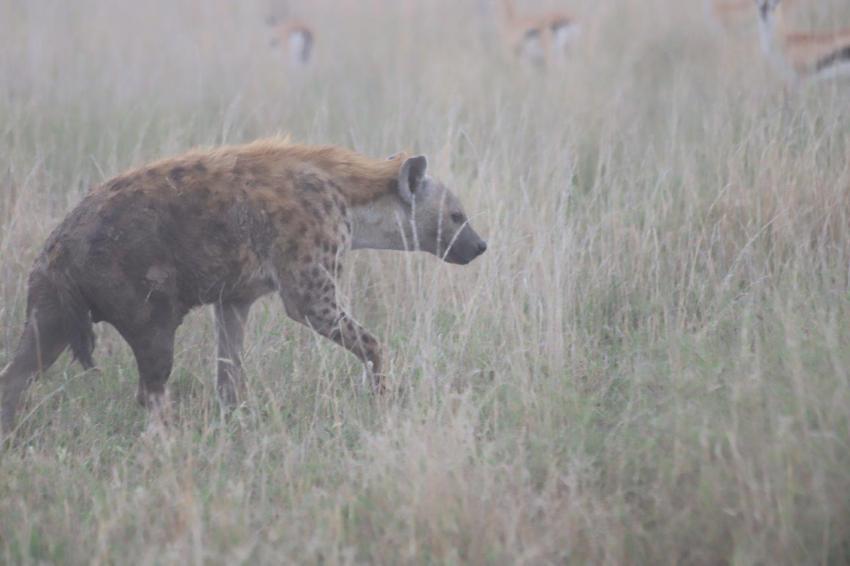 I had a good sleep, but Mummy and Daddy didn’t. That was because they heard a lion roaring. It started far away and got closer and closer. They even heard it rustle in the grass and then it roared right outside the tent! I am glad I didn’t hear it!

The next day we wanted to go driving, but we couldn’t open the boot of the car. Mummy and Daddy had to take everything out through my seat and Mummy squeezed in the back, and we still couldn’t open it. So Daddy took the car to a garage. He said it took 5 men to get it open! We were worried he had marooned us!

When he came back the door was better and we did a little drive. We went to a hippo pool and saw lots and lots of hippos. They were very smelly and made lots of farting noises.

We saw lots of animals, especially wilderbeest and zebra. In July they all come to the plains of the Serengeti and try and cross the river together. It is called a migration. They cross together to try to not be eaten by a crocodiles. We only saw 3 crocodiles, and the river was quite dry. Can you spot the croc in the river? 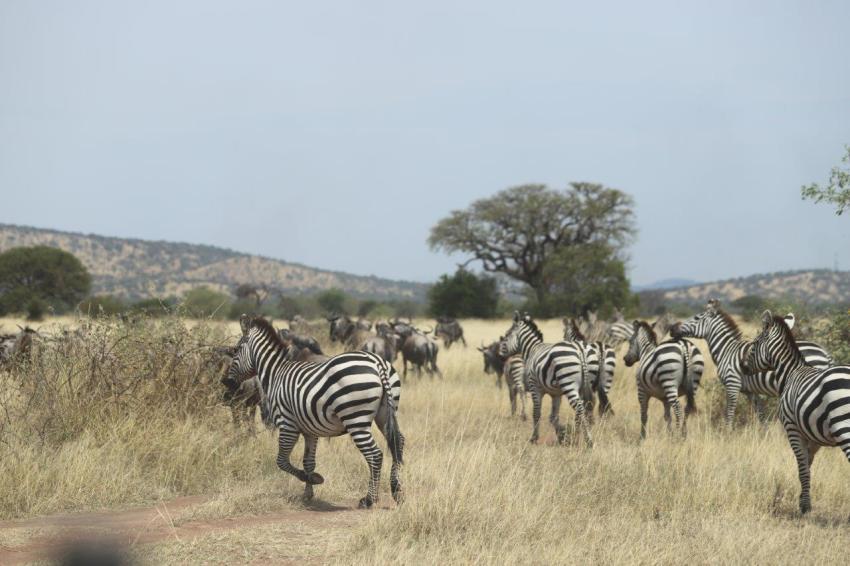 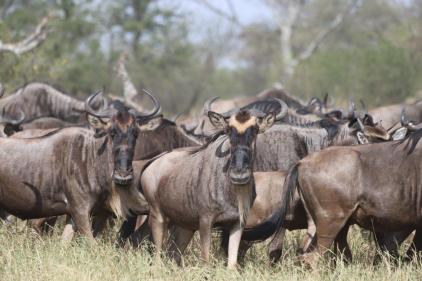 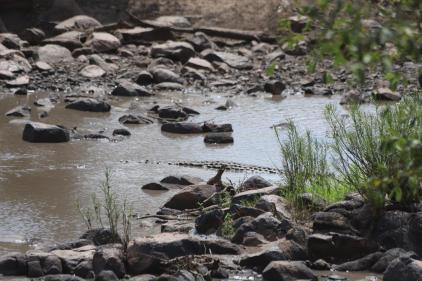 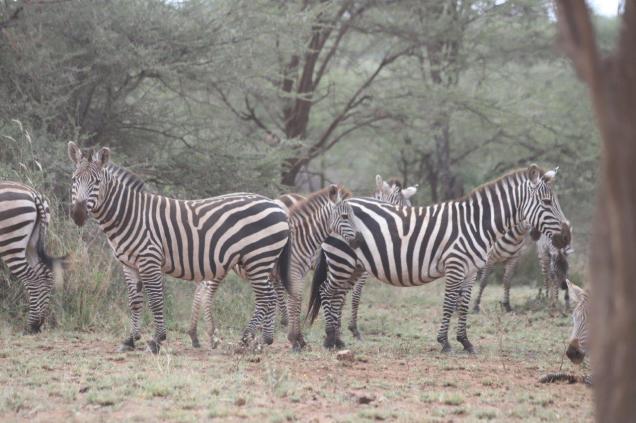 We also saw lots of lions! We even saw lion cubs. There were also lots of horse flies. We haven’t seen any tsetse flies though. We could tell where there was something to see because there would be lots of safari trucks stopped. 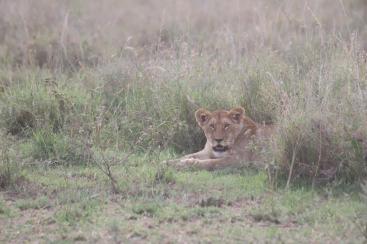 These are my other favourite photos! 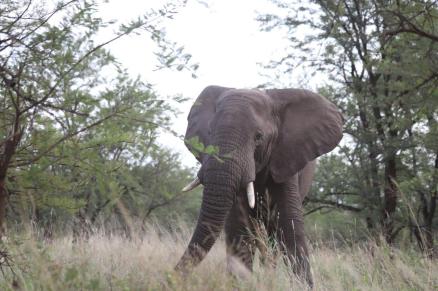 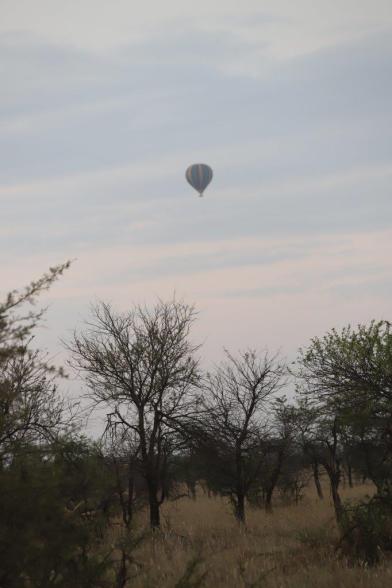 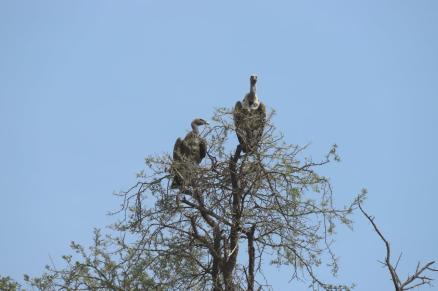 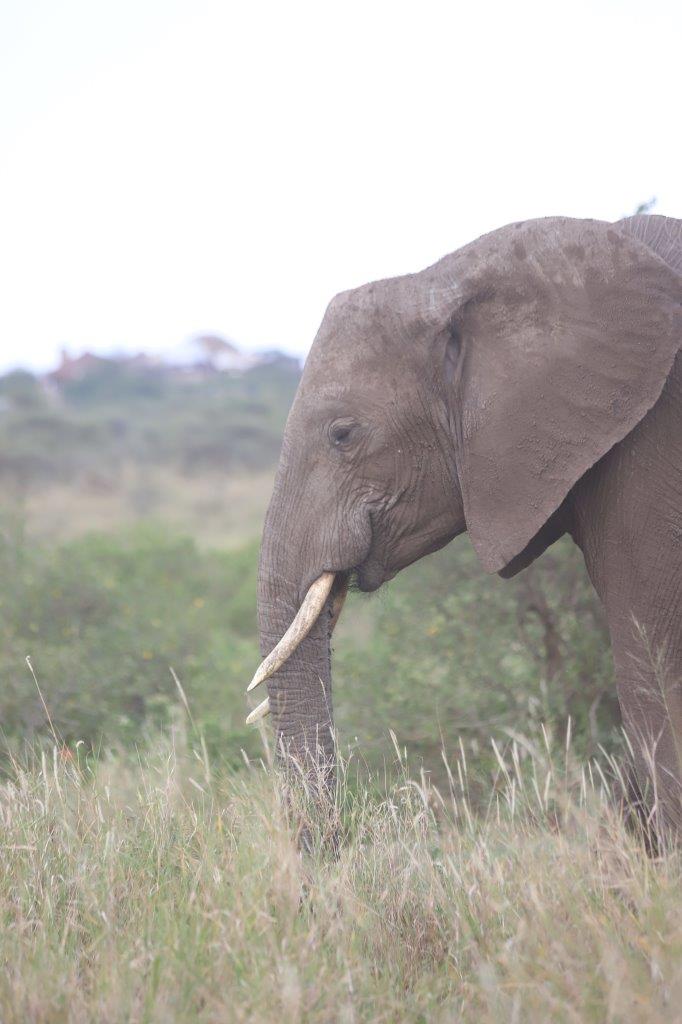 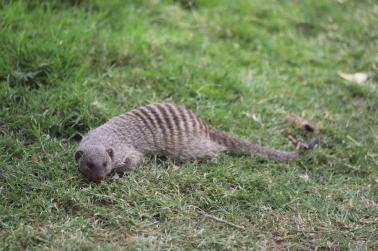 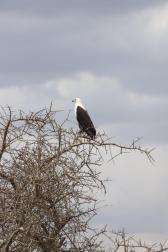 We didn’t see any rhino’s, cheetahs or leopards, But we made up a song: (to the tune of ‘we’re in the money’)

Give us a rhino,

A white or black one,

Give us a Cheetah

Or a leopard in a tree.

Because of the door, we spent 2 nights in the park. Daddy wasn’t happy about the state of the roads, especially because you pay lots of money. On the way out of the park, we saw a big fire burning.