In Uganda we went to the Murchison Falls National Park. We stayed at Red Chilli Campsite.

First we went to see the Murchison Falls. They are on the Nile River. The Falls are on the Victoria Nile and is where the river goes through an 8 m wide gorge. It is very impressive and there was lots of spray!

I did some research on the Nile River. It is the longest river in the world, (6,695 km) and goes through 10 countries. It ends up in Egypt, in the Mediterranean Sea. It comes from the White Nile, which is made up of the Victoria Nile, the Albert Nile and the Mountain Nile. Also the Blue Nile, which starts in Ethiopia. The Blue Nile and the White Nile meet in Sudan. Even though the White Nile is bigger, it loses more water and is only 15% of the water that gets to Egypt. The Nile is important to Egypt because it carries minerals from the mountains and makes the soil good for the Egyptians to grow their crops.

The next day we got up and went on a game drive. We had to take a ferry, that only held 8 cars. We crossed the Nile River and drove to the delta where the Victoria Nile goes into Lake Albert and the Albert Nile starts. We saw lots of animals, especially giraffes. Some of the giraffes were very dark in colour. We also saw lots of elephants and buffalo. And lots and lots of different antelope. We also saw some lions but some naughty tourists went off the road, close to the lions and scared them away. They got fined for being naughty.  This park is different to other parks as we didn’t see any zebra or wildebeest. 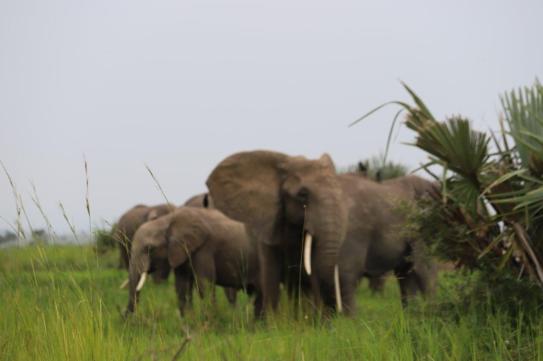 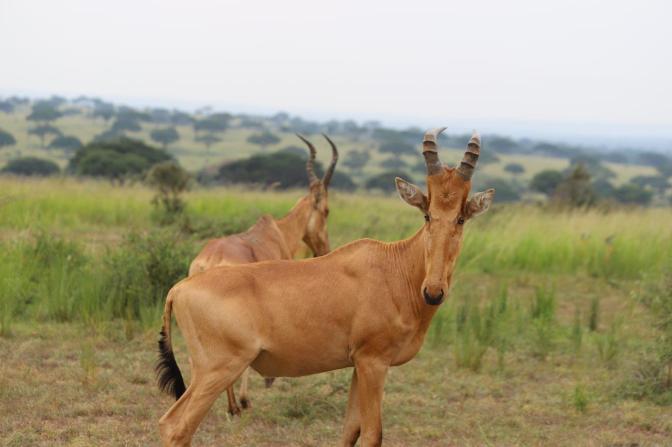 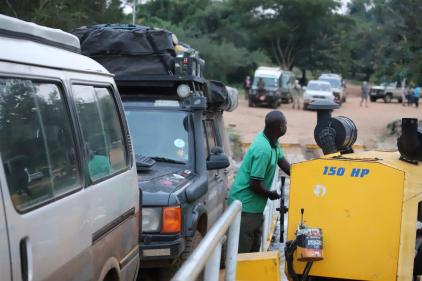