After Jungle Junction we went to a farm on the way to Uganda. Vivi and I liked to roll down the hills. Mummy did not like all the grass that got stuck in our hair! There was a wire elephant scuplture. And we climbed lots of trees! We tried to find a chameleon, but failed.

Then we crossed the border to Uganda. It was a pretty good border. We drove to Nile River Camp. We could see over the Victoria Nile. We met two families from Portugal and played football and went swimming with them. We saw monkeys with red tails. Mummy cut my hair shorter, and she cut Daddy’s hair and Genevieve got a fringe! On the last night, when we were asleep, a branch from a palm tree fell on our tent. It gave us all a big fright! 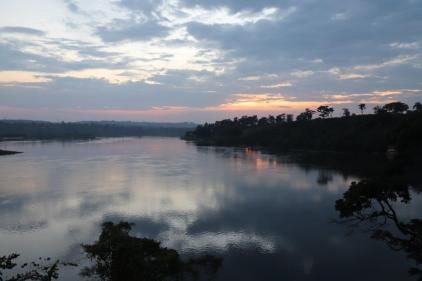 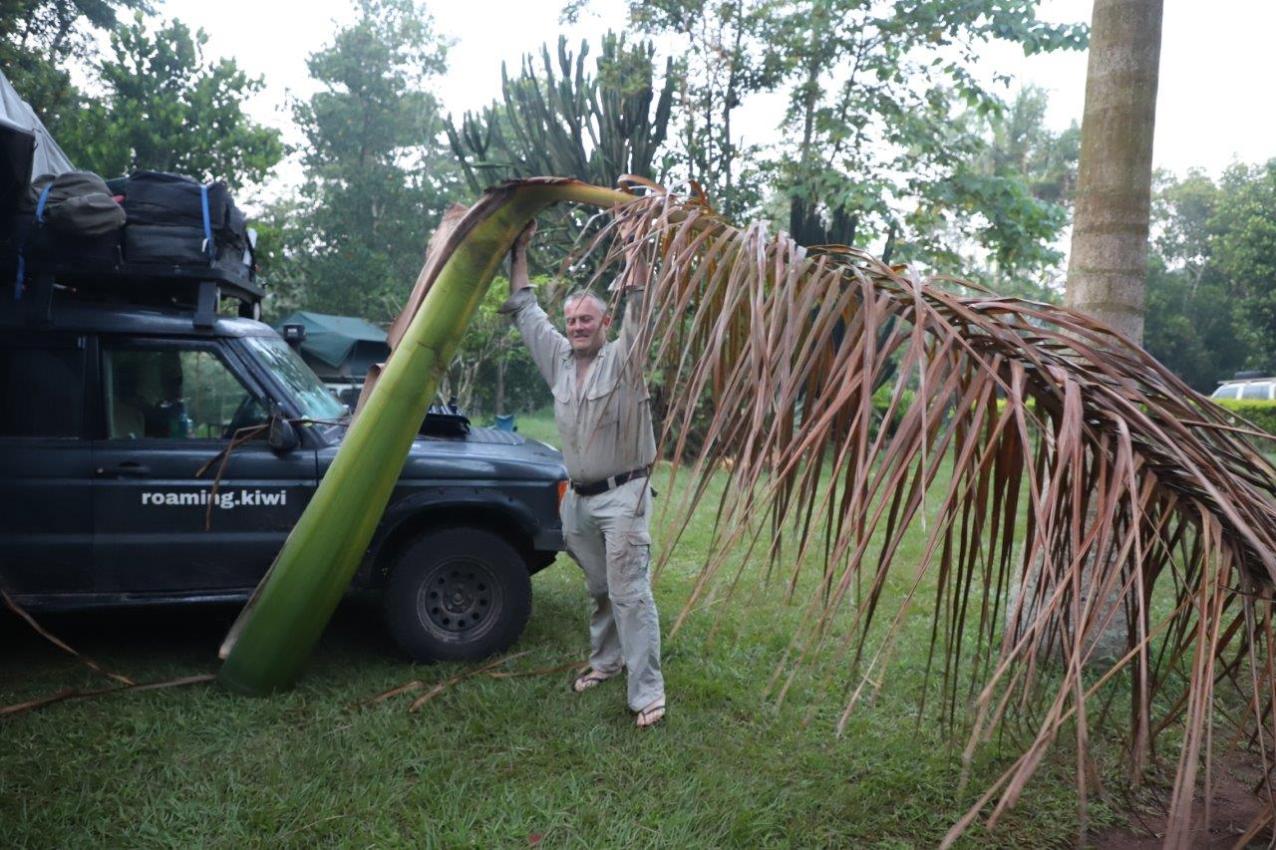 After Nile River Camp we drove to Ziwa Rhino Camp. We went on a rhino trek, with a guide called Ronald, but he told us to call him ‘Rhino’. We drove through a bit of mud then parked the car and walked the rest of the way. Some of the grass was over my head. We saw a Mummy and a 2 month old rhino, but they were sitting down. Then we walked and saw 3 rhinos. A mum and her baby and a male rhino. The baby was 1.5 years old and really big! 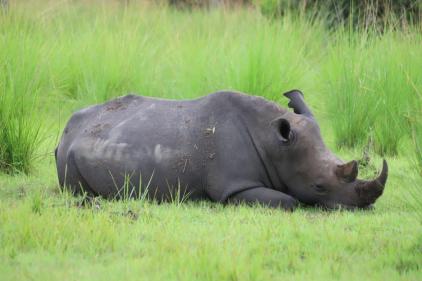 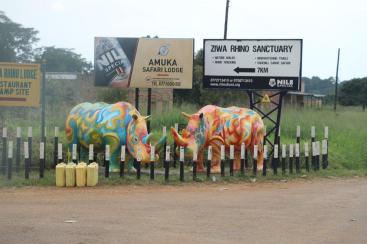 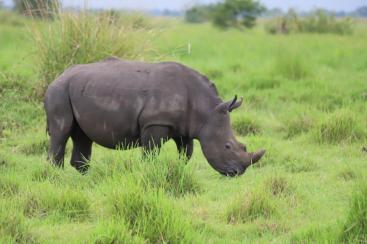 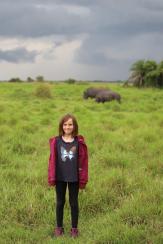 On the way back to the car, we walked past the mummy and 2 month old rhino again. It started to rain and the little rhino got very excited. It started to follow us, and also the mummy. Our guide told us to either climb a tree or hide behind a thicket. Rhino’s can’t see very well, but they can hear and smell. I was a bit scared, not of the baby, but of the big horned Mummy! 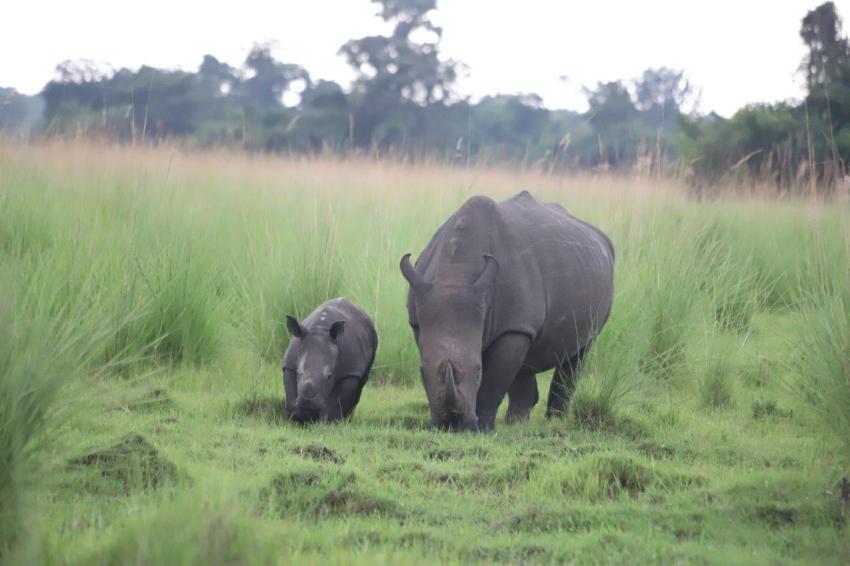 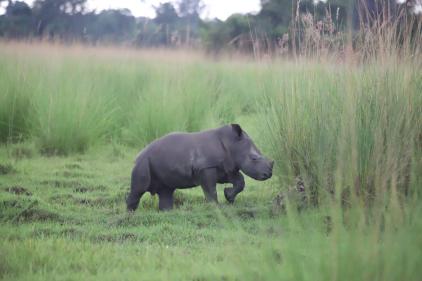 Rhinos are either black or white. They only have white rhinos here. Even though they are all grey, white rhinos are called white because of their wide mouth. It was a mis-pronounciation of wide to white. They just eat grass. Black rhinos are more aggresive and they eat leaves. A male rhino can weigh up to 3.5 tonnes, that is the same as the Taniwha. They can run 45km per hour, that is a lot faster than me. Rhinos get poached just for their horns. I think that is very mean.

We camped in a fenced off area. The next morning I woke up and 5 rhinos were sleeping right outside the gate!!!!! The rhinos itched their horns on the fence! We saw them eating, and pooing, and they did a lot of noisy farts! We had to wait for them to move, before we could leave. 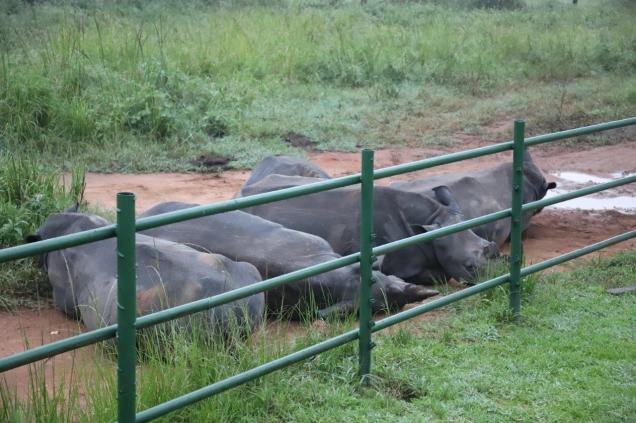 Rhinos are very rare, so it was amazing that we saw 10 of them!!