After the beach we went back to the camp at Voi. Daddy found a column of safari ants. Then he was moving some wood and found a really big scorpion!

Then we did a drive to Amboseli National Park. On the way we stopped in Tsavo, to see Paterson’s bridge. All that is left of the original bridge is the stone supports, (the rest was bombed in WW1). Daddy really wanted to see it because it is where there were two man eating lions. The lions were called The Ghost and The Darkness. The lions ate over 100 people working on the railway!! Colonel Paterson designed and built the bridge and also killed the lions. He used himself as bait. He must have been CRAZY! 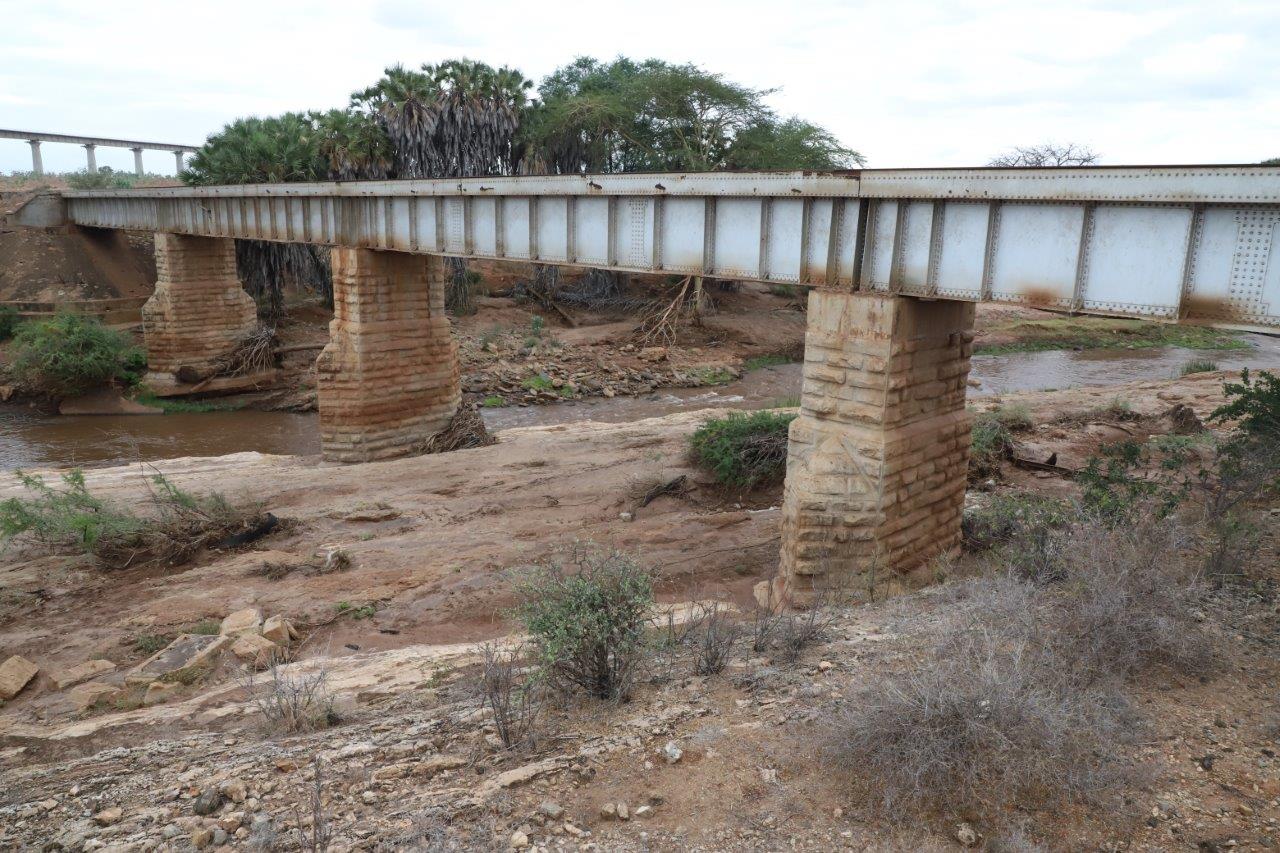 Then we drove to Amboseli National Park. The last bit of the drive was 18km of the worst corrugations ever! Daddy thinks that is where we blew our shock absorber.

In Amboseli, the best animal we saw was a cheetah! But I also liked the flamingos. 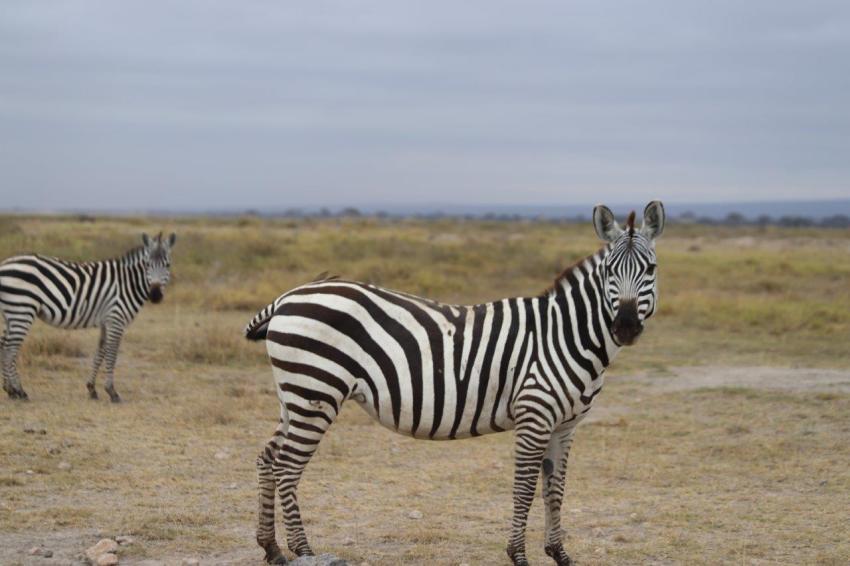 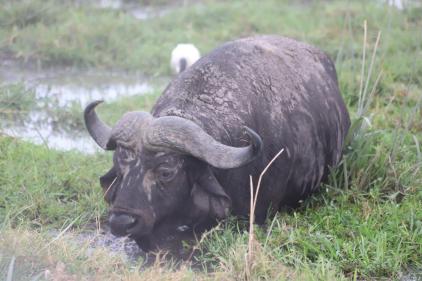 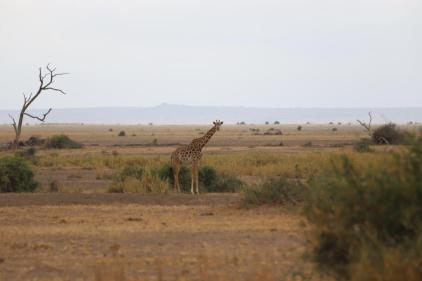 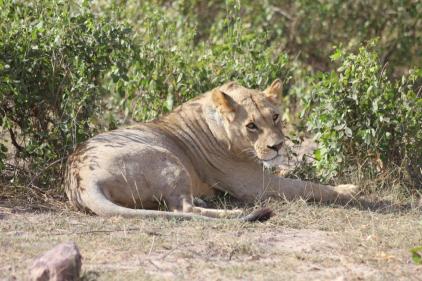 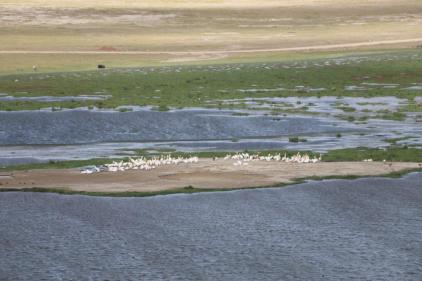 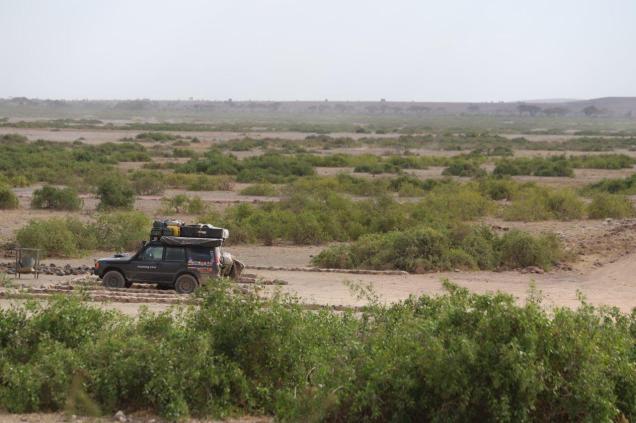 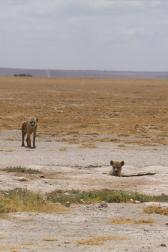 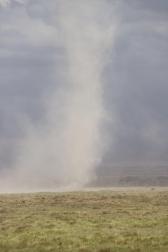 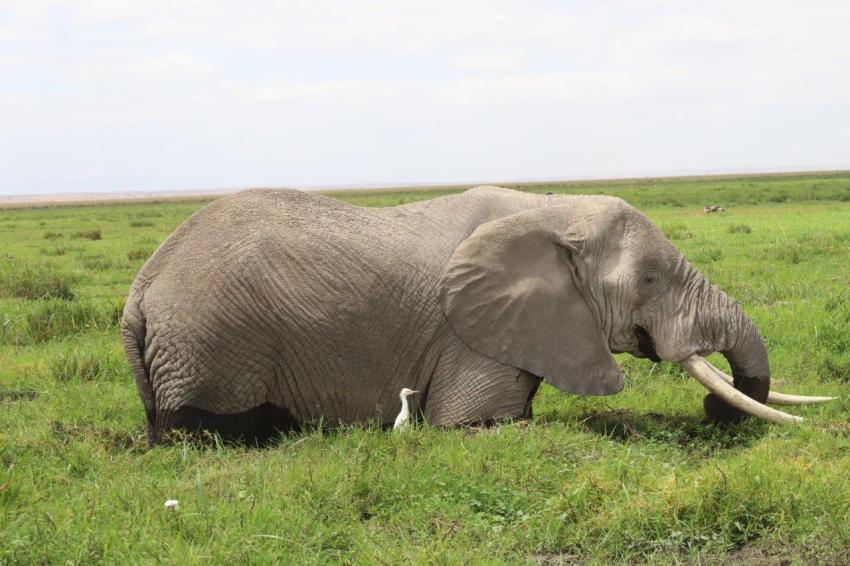 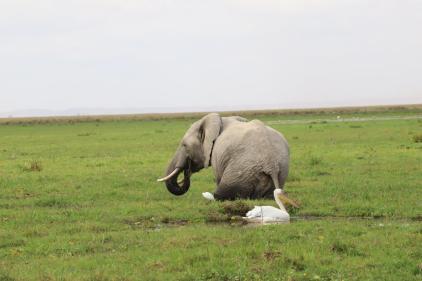 Daddy also helped a family who had burst 2 tyres. He plugged the hole and we filled their tyre with air, then went back to the lodge with them, to make sure they got there ok. We camped in the park and that night we saw Mt Kilimanjaro! (When we drove round it, it was covered in clouds) 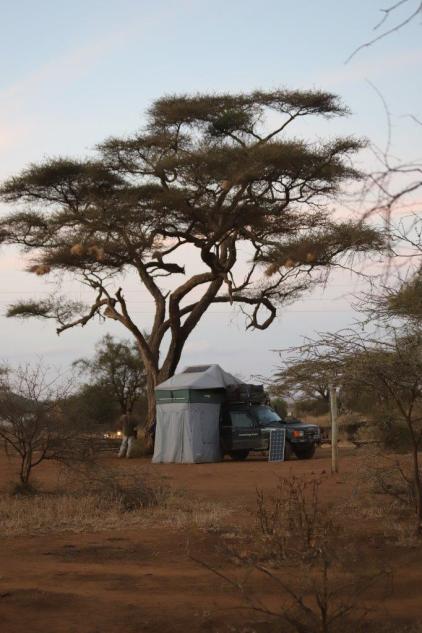 Then we went back to Jungle Junction in Nairobi.