This morning we visited one of Mummy’s work friends and had some nice Lithuanian sweets.

Then we drove to where my Great Grandfather was a Prisoner of War in World War 2. It was called Stalagluft 6, but there was nothing left as it was demolished by the Soviets.

Then we went to a cold war missile bunker hidden in a forest. Daddy was very excited. There were 4 missile silos, and on the ground you could only see the concrete lids. Then we went underground and saw the silo. It was very big. We saw the world’s smallest nuclear weapon – 1kT artillery round. There were models dressed in Soviet Uniforms. I wouldn’t like to live underground with bombs. 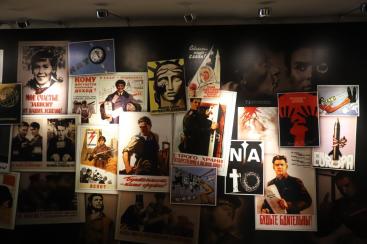 Then we went to a campsite called Honey Valley. Daddy made bread, and we bought some honey. It was yummy!