Yesterday we went to a Salt Mine. We had a guide whose name was Maia. We had to go down 378 steps to go to the first level. The walls and floor and ceiling were all made of salt. Genevieve licked it! Salt was very important and used to be used as money.

There were three dangerous things for miners.  The tunnel caving in on them. Explosions from methane gas and water, because it dissolves salt.

The miners transported the lumps of salt by a hand cart called a dog. (Though Geneveieve thought it should be called a mouse, as it squeaked) They used horses till 2002. They also had a machine called a hand cross.  Genevieve and I had a go and had to push it round and round to raise the salt up a level. 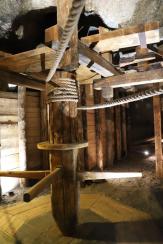 There were lots of statues in the mine made of salt, or of wood, because the salt has preserved the wood. 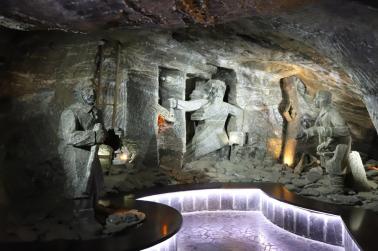 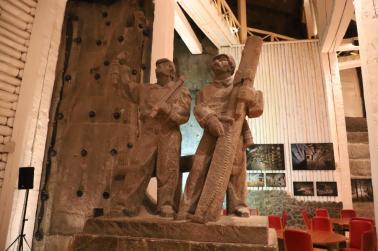 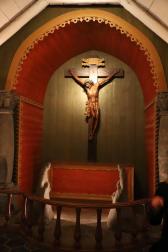 There was a big chapel with scenes from Jesus’ life, all carved from salt. 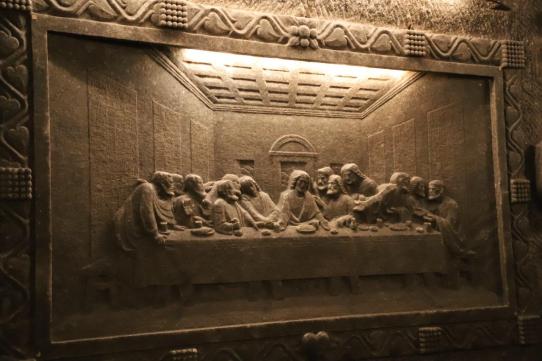 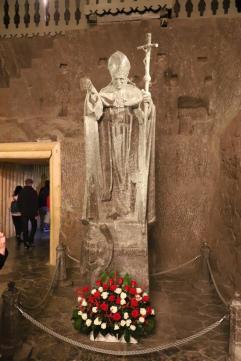 There were some lakes, but the water was full of salt, so it was not dangerous.

The mine was very interesting. We had to squeeze into a tiny lift to get out. Then we drove from Poland to Slovakia and into Hungary.